1 Field Squadron personnel deployed to Afghanistan as part of the 2nd Cavalry Regiment Task Force from May-Dec 2013. This rotation was the final Australian deployment to Uruzgan Province during Operation SLIPPER, the Australian contribution to the International Campaign Against Terrorism.


The majority of deployed Sappers were drawn from 2 Troop and operated in support of B Company, 7 RAR. Other Squadron members were tasked with advising the Afghan National Army through the Brigade Advisory Team. The majority of Engineer tasks focused on High Risk Search to counter the ongoing Improvised Explosive Device threat. Sappers supported security patrolling, enabled reconstruction site visits, protected Key Leadership Engagement meetings, and contributed to the Quick Reaction Force. The majority of tasks were conducted mounted in Bushmaster Protected Mobility Vehicles, however a number of Airmobile operations were also conducted.

The 2013 rotation was a fitting close to the chapter opened when the 1st Combat Engineer Regiment first deployed to Uruzgan Province leading the 1st Reconstruction Task Force.

1 CER (primarily 1 Fd Sqn with support from 23 Spt Sqn) contributed a number of trainers to Task Group Taji III (TGT-3) as part of the ADF’s mission to support Iraq in its battle against ISIS. The members of 1 CER were integrated into several training teams built from core of 7 RAR, and were designed to instruct Iraqi soldiers on all-corps soldier skills, from marksmanship, to first aid, to convoy movement, to Counter-IED activities.


TGT-3 arrived in Iraq in early May 2016, just as the Iraqi offensive against ISIS began in Ramadi and Fallujah. The Task Group immediately found itself playing a pivotal role in preparing the Iraqi Army to successfully defeat its adversary. TGT-3 trained a variety of Iraqi elements, such as Combat Brigades who had been withdrawn after many weeks of prolonged fighting, to newly-formed Special Forces units preparing to deploy for the first time. TGT-3’s rotation also coincided with the Iraqi advance to Mosul, and the beginning of the prolonged battle for that city. That the operation was eventually successful is due – in part – to the hard work of the Task Group’s trainers over the course of the six-month deployment (although we did learn afterwards that some of our trainers were killed liberating the city from ISIS).

TGT-3 returned from Iraq in December of 2016, having trained as many as three times as many Iraqi soldiers than either of the earlier rotations. And, after enduring 50+ degree heat on many days in the Iraqi Summer, returning to the build-up in Darwin felt absolutely amazing.

Members of 1 Field Squadron deployed as part of the 1st Combat Engineer Regiment contribution to INTERFET and UNTAET in East Timor from Oct 99 - May 00. This rotation was the first major deployment of an Engineer element since the Vietnam War and was a multinational non-United Nations peacemaking task-force organised and led by Australia to address the humanitarian and security crisis that took place in East Timor. 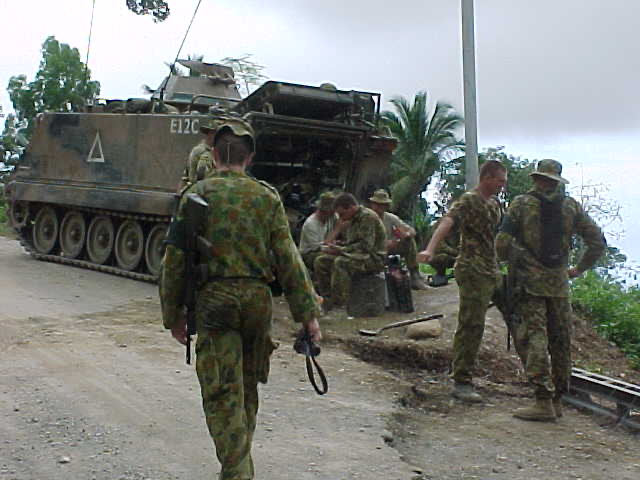 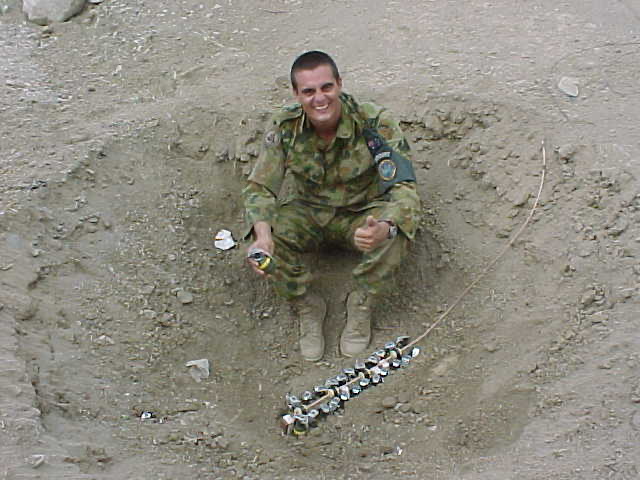 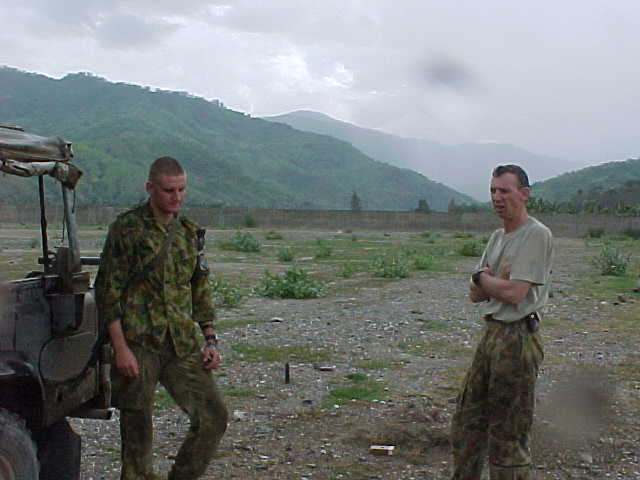 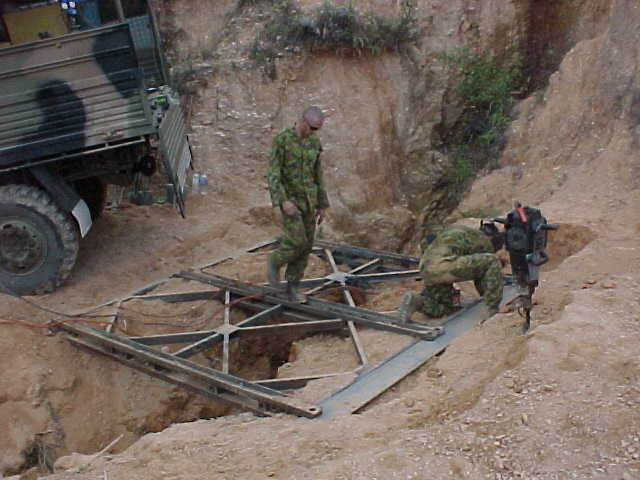 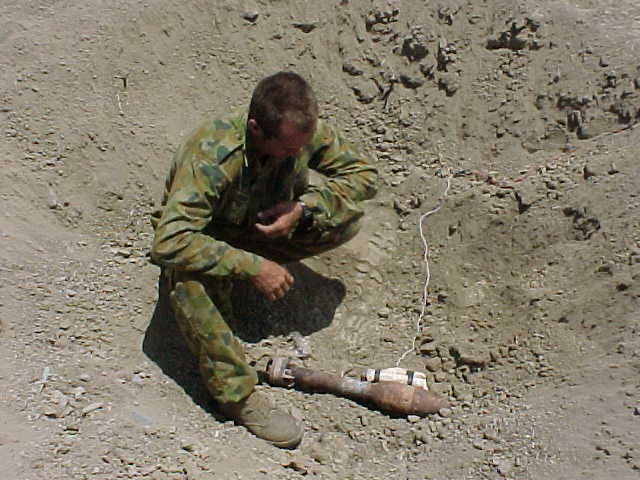 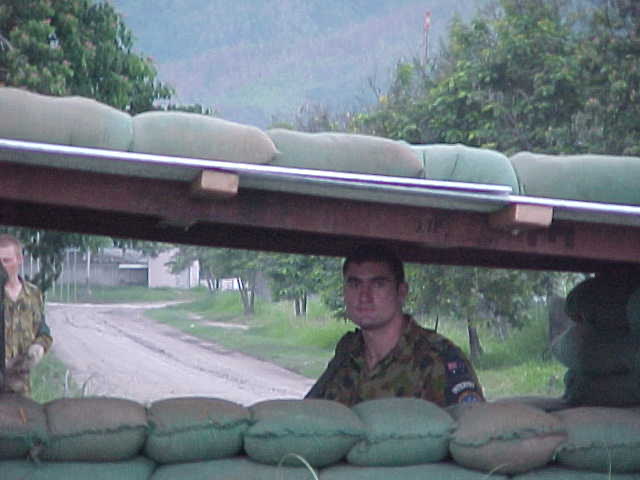 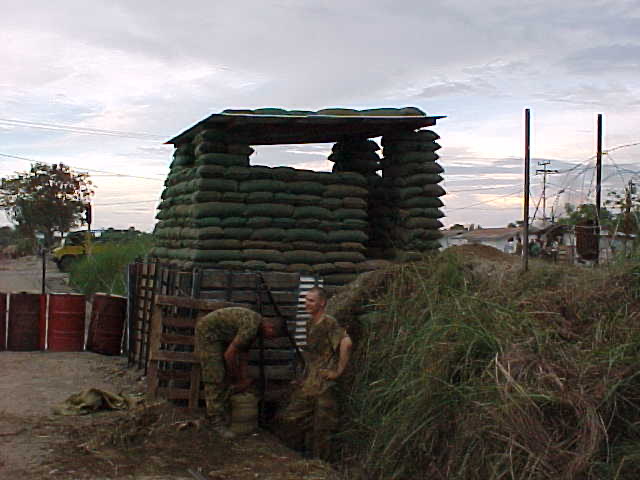 The majority of deployed Sappers were drawn from 2 Troop, 1 Field Squadron and from Resource Section, 23 Support Squadron. Engineers operated in support of 5/7 RAR and conducted the majority of tasks mounted in M113A1 APCs, Land Rovers, and Mack Truck Variants. Specific tasks included road and drainage repair (mainly from our Armoured vehicles and heavy B vehicles), water purification (due to the lack of potable water in East Timor and in support of the whole of INTERFET), EOD (dealing with random and old munitions found during searches or by local personnel), search (predominately at the border with our EDD/H in support), horizontal construction (due to poor infrastructure which required repair or rebuilding), and security patrolling.

Here is a selection of images from our FTS Editor. Let each image tell its own story. Click on each image to see the descriptions below the enlarged view. 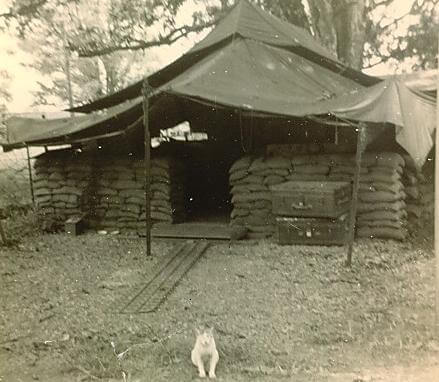